This author has not yet filled in any details.
So far chiara has created 14 blog entries. 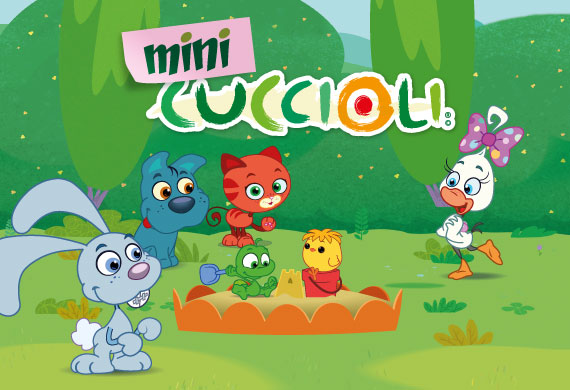 From May 21st the colorful displays with the Mini Pet Pals Soap Bubbles produced by Sbabam are on sale. In multi-function tube packs, equipped with a shovel, rake or sieve at the top, they are perfect for playing outdoors and having fun in the garden, park or on the beach.

In support of the launch, an important communication campaign is planned, which will be developed on social platforms, on YouTube and on kids TV channels with a 15 “ TV commercial, on air from May 23. 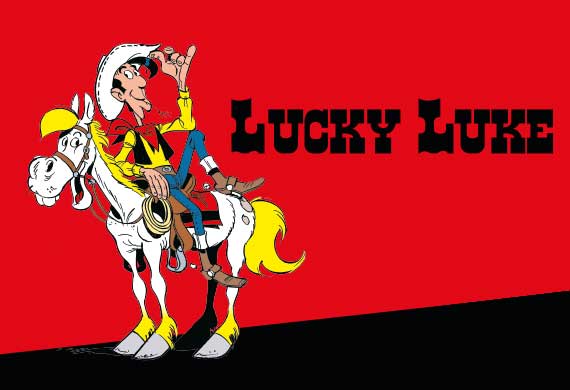 Lucky Luke, the legendary comic cowboy created in 1946 by Morris, is ready to find new life on the small screen.

Variety magazine has recently announced that Federation Entertainment has entered into an agreement with Un pour Tous Productions to develop and produce a live TV series dedicated to the lone gunslinger of the American Wild West. The protagonist will be the popular French actor Michael Youn, who will also have the role of director and will be part of the creative and production team.

Michael Youn, one of France’s most famous comedy actors and directors, said: “As a huge comic book fan, I’m thrilled to be part of this adventure and can’t wait to share it with the public.”

Few details are known about the series at the moment, but it has been confirmed that it will bring back many historical characters from the comic, including the Dalton, Calamity Jane, Pat Poker and the cute dog Rantanplan.

The adventures of Nefertina arriving on RaiPlay and Rai Yoyo

The adventures of Nefertina arriving on RaiPlay and Rai Yoyo 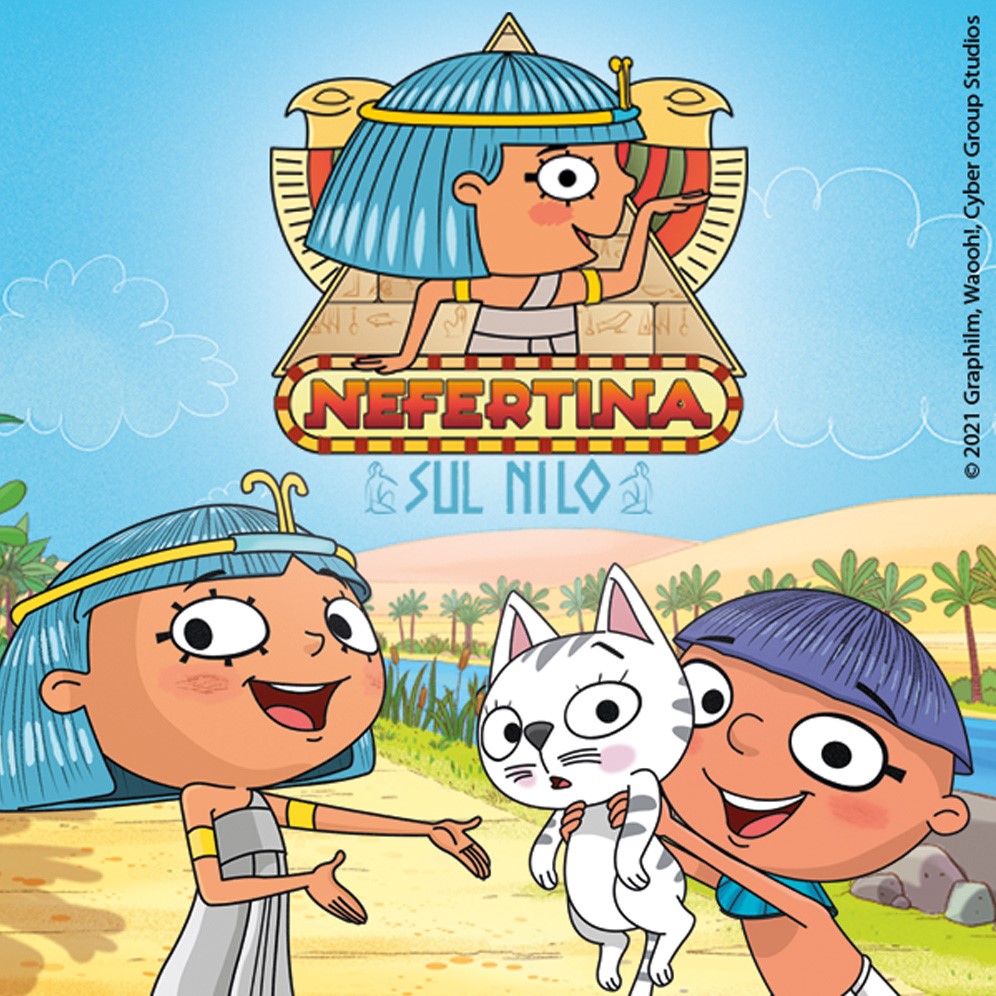 Set in Ancient Egypt, the new animated series Nefertine on the Nile arrives, starring an 8-year-old girl with inexhaustible curiosity and great courage. From 17 April the first 26 episodes of the series in boxset will be premiered on RaiPlay and from 10 May on first TV on Rai Yoyo, from Monday to Friday at 8:15 and every day at 15:05.

52 11-minute episodes produced by the Roman company Graphilm by Maurizio Forestieri in collaboration with Rai Ragazzi, to combine fun, adventure and some taste of historical information.

A journey full of discoveries and fun, where the courageous Nefertine and her friends accompany the children to discover Ancient Egypt. Joyful stories founded on solid values like the stones of the pyramids: friendship, loyalty, a sense of justice and a desire to learn.

The series tells the exciting adventures of Nefertine, daughter of the Pharaoh’s scribe, gifted with a unique ability for the time: she can read and write! This is why she aspires to become the first scribe-reporter in the history of Egypt. To exercise this talent, Nefertine records all her events in her papyrus diary. But it is not easy to be a budding journalist in Ancient Egypt! Nefertine, always a bit reckless, has a particular talent for getting into trouble. Fortunately, her trusted friend Piramses is always ready to lend a hand. The two friends, accompanied by the cat Micerina, between investigations, small fears and great discoveries, live many fantastic adventures in the shadow of the Pyramids, including mysterious mummies and investigations from the Sphinx.

Nefertine is a Graphilm Entertainment production with Wahoo! (Belgium) and Cyber Group Studios (France) in collaboration with Rai Ragazzi, with the support of the Ministry of Culture, the Lazio Region Attraction Cinematographic Productions (POR FESR LAZIO 2014-2020) and Creative Europe. An international co-production distributed worldwide by Cyber Group Studios.

ETS is developing an ambitious licensing program, which began with the agreement with DeA Planeta Libri, providing for the launch a series of books and activity books under De Agostini brand, in bookstores starting from September and continuing during the 2022. 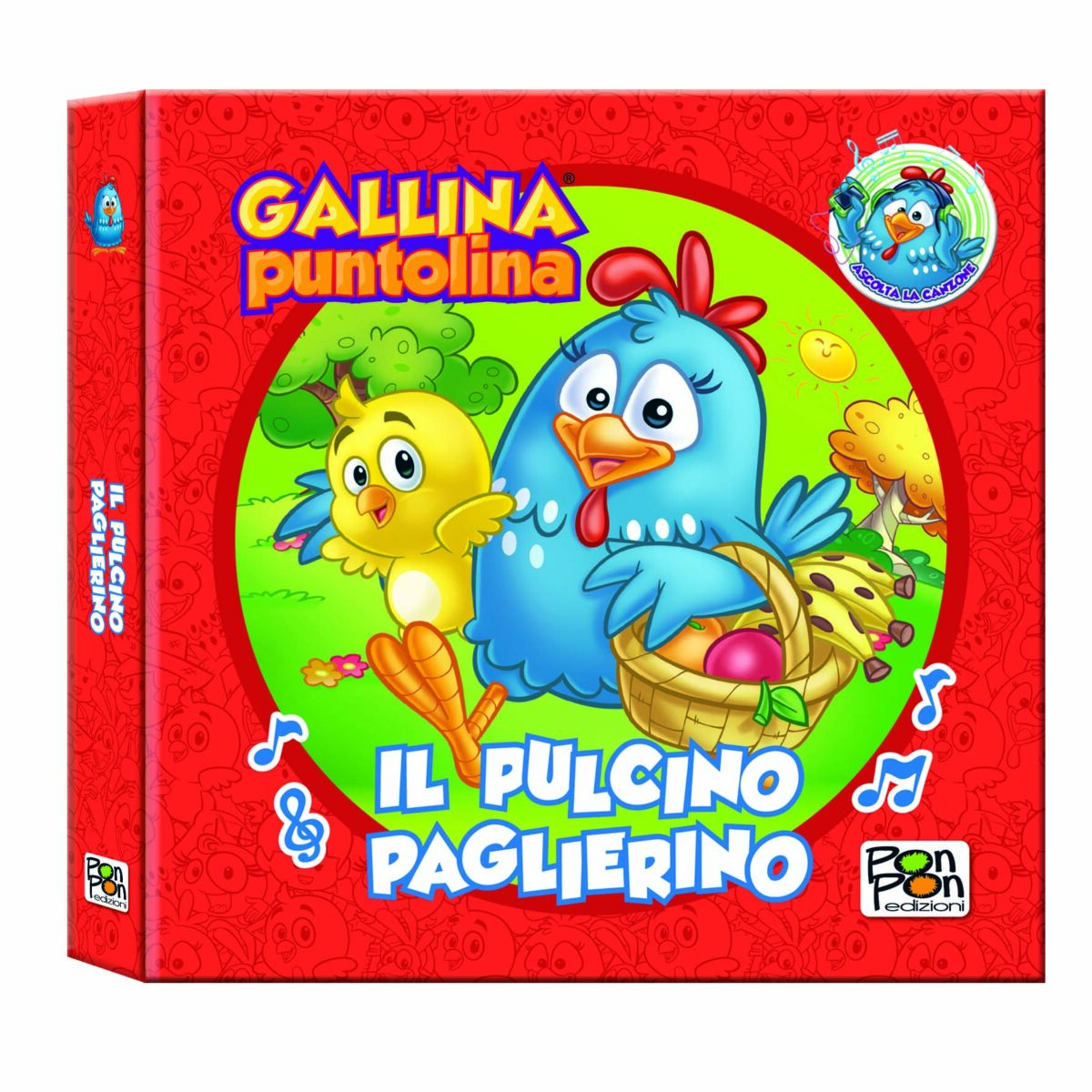 On 28th April a new Pon Pon edizioni publishing project dedicated to the tender blue hen comes out in bookstores. “Leggi! Canta! Balla con Gallina Puntolina” is developed in the name of music and is inspired by the cheerful songs that have made Gallina Puntolina a disruptive phenomenon on the web.

The project includes 2 hardcover booklets, a coloring book and a magic album with a color-revealing marker.
The books, with a practical square format much appreciated by children, are dedicated to two popular songs from Gallina Puntolina’s repertoire and thanks to a special QR code they allow you to listen to the audio versions and watch animated music clips, stimulating interaction with illustrations, visual and musical stimuli, and motor coordination.
A fascinating world of cheerful nursery rhymes that becomes a wonderful game to get together and discover new things. 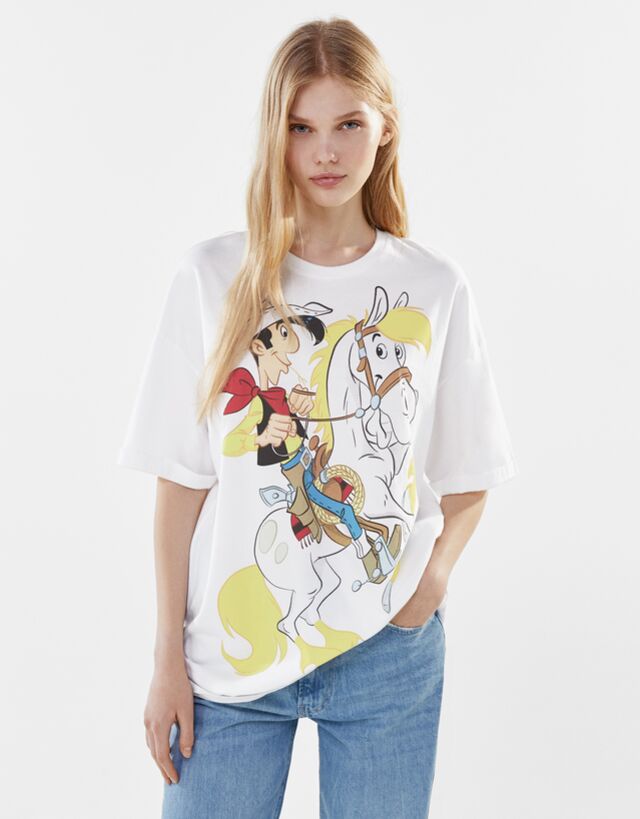 Bershka, the young and urban brand of Inditex Group, has recently launched a women’s t-shirt dedicated to Lucky Luke, the legendary comic hero created by Morris, who is celebrating his 75th anniversary this year.

On April 9th, a new story of the iconic lone cowboy was released in France “Wanted Lucky” by Mathieu Bonhomme, arriving in Italy on April 29th in the edition of Nona Arte. In addition, “Lucky Luke se recycle” will be published in June, a special author’s tribute signed by the great cartoonist Mawill, already the author of numerous underground works.

Gallina Puntolina is coming on newsstands

Gallina Puntolina is coming on newsstands 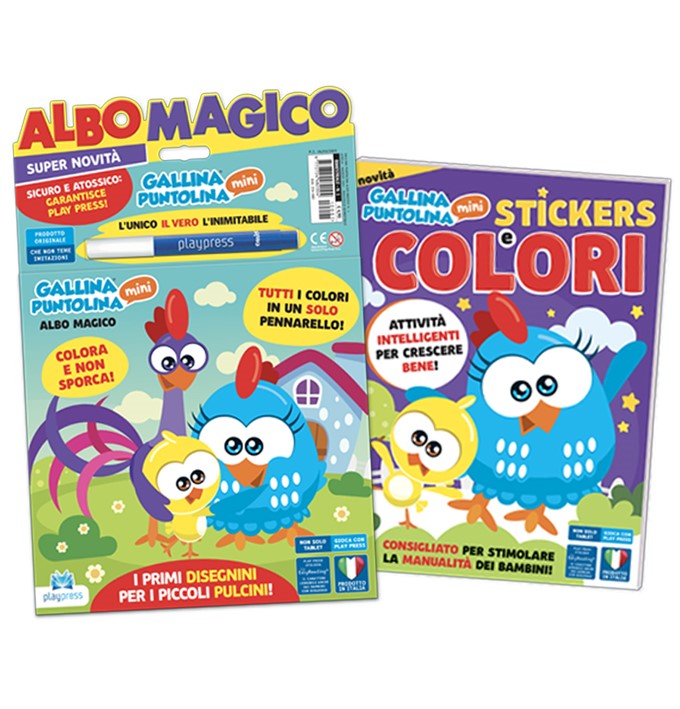 The month of March sees the arrival on newsstands of 2 brand new editorial products dedicated to the nice blue hen: Stickers e Colori and Magic Album. Signed by Play Press, they are designed to stimulate imagination, creativity, dexterity and logical skills of the little ones.
Stickers&Colori is a fundamental editorial format in Play Press production. Born from the lucky combination of the coloring book and the activity book with stickers, Gallina Puntolina Stickers and Colori provides a wide range of activities designed for the little ones, with particular attention to the educational aspect.
Magic Album, with the special non-toxic marker that reveals the colors of the illustrations, is also a great classic for Play Press. Synonymous with history, research and innovation, it lends itself very well to welcoming the tender and colorful world of Gallina Puntolina. 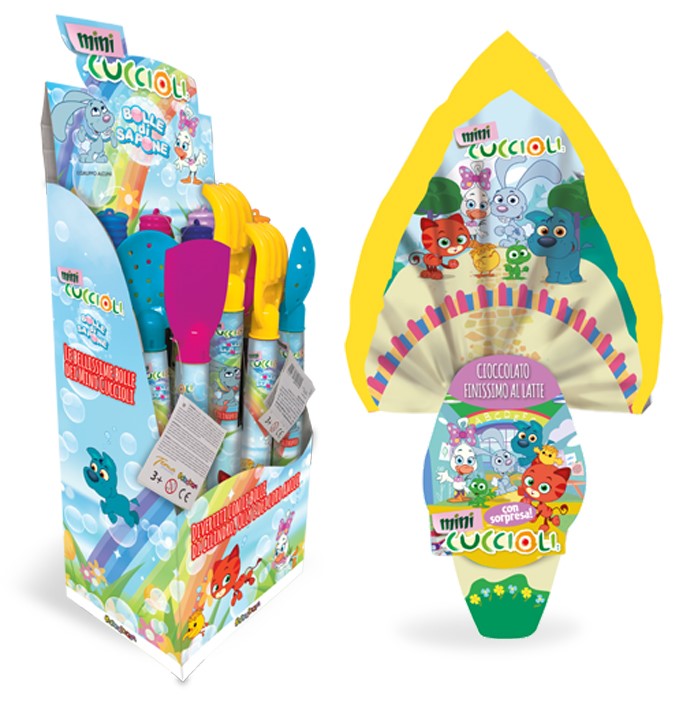 With the beginning of spring, new Mini Pet Pals products are arriving on the market. The tender friends will personalize for the third consecutive year the 150 gr Walcor Easter egg, distributed exclusively in MD supermarkets. Made with the finest milk chocolate, the Mini Pet Pals Easter egg is ready to make the holiday of the little fans of Cilindro, Olly and their friends sweeter and contains many fun surprises.
To take advantage of the beautiful sunny days, the hilarious Mini Pet Pals Sbubble will soon land on the newsstands, the maxi soap bubbles by Sbabam in versatile packs enriched with nice gadgets, such as shovel and rake, to play outdoors in the garden, in the park or on the beach.
Finally, there are also important news for the cartoon: all 156 episodes of the 3 seasons of the animated series are available on RaiPlay streaming platform, to watch the adventures of Mini Pet Pals at any time and with any device. 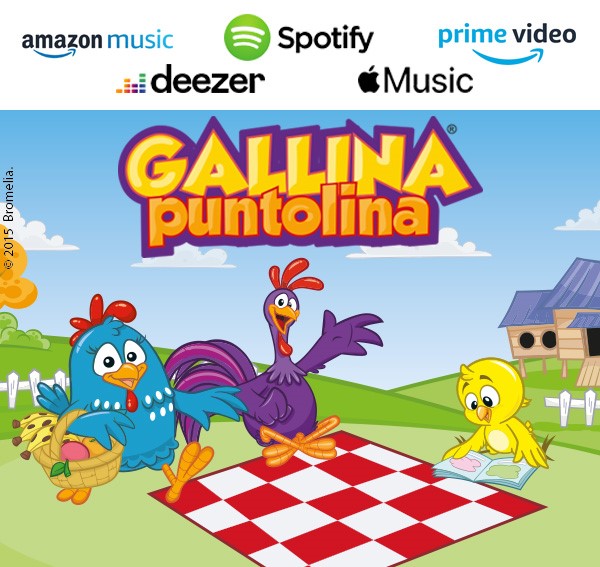 In parallel, the licensing program in Italy is proceeding, starting with the release on newsstands in March of 3 Play Press publications – Albo Magico, Coloring, Sticker & Color – and continues in April with the launch of an editorial project for the bookshop by Pon Pon Edizioni. 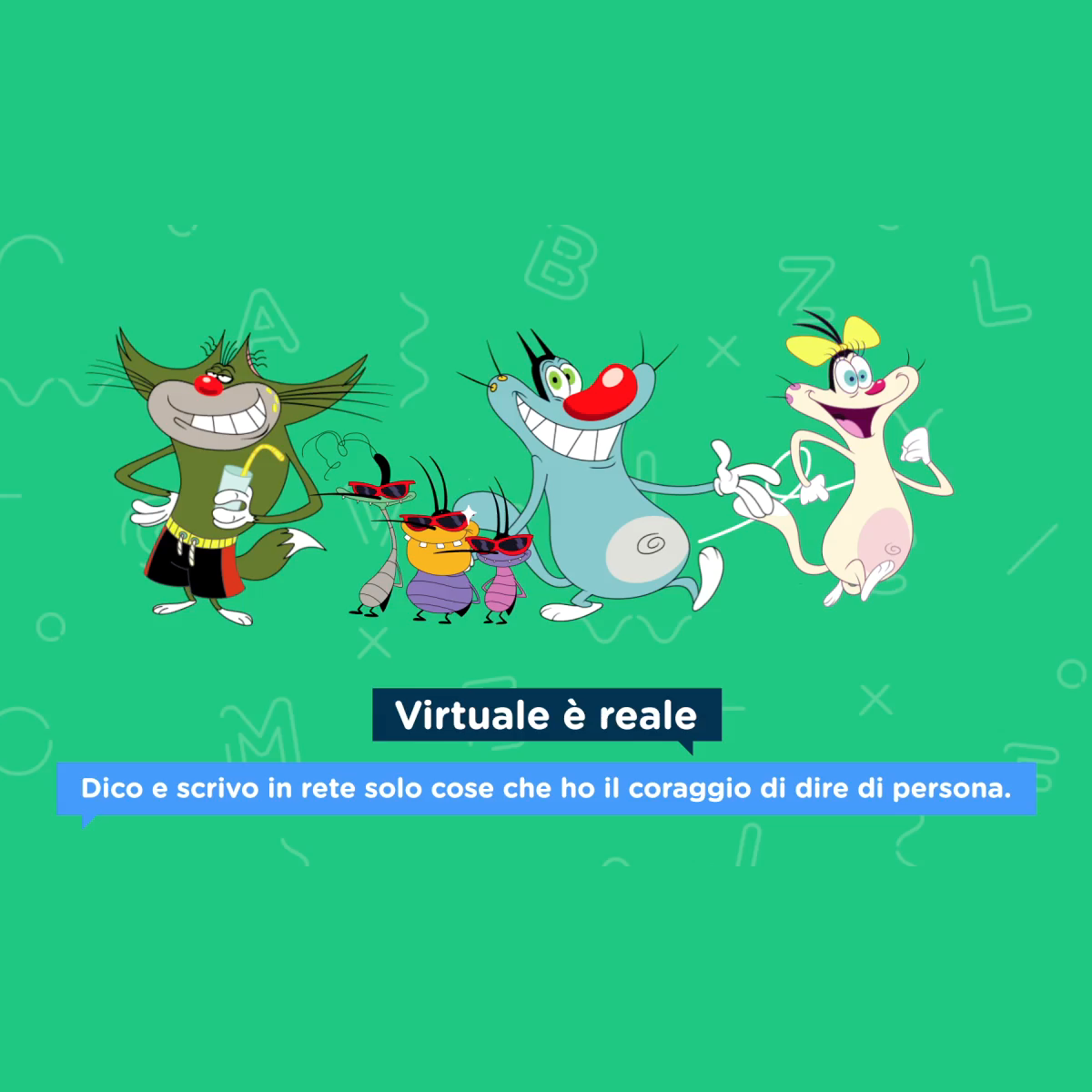 “Parole O_Stili” association, created to combat the languages of hate on the net, is back on TV from 15 to 18 February to celebrate its fourth birthday in the company of Oggy and The Cockroaches. The cute blue cat, who embodies values of respect and fairness, will in fact be the protagonist of 5 animated mini-clips dedicated to the rules of good behavior on the web, which will be broadcast on K2 with numerous daily releases from 15 to 18 February. On the same days a special extended programming of the animated series is planned, while online you can participate in the birthday by sharing the principles of the Manifesto of non-hostile communication through the hashtag #AncheioManifesto. All information on paroleostili.it

The non-profit association Parole O_Stili was born in Trieste in August 2016, with the aim of empowering and educating Internet users to choose non-hostile, more respectful and civilized forms of communication. It promotes the values expressed in the “Manifesto of non-hostile communication” and organizes awareness-raising and training initiatives. It works with schools, universities, businesses, associations and national and territorial institutions to spread the virtuous practices of online communication, and to promote a widespread awareness of individual responsibilities.

Success and new partnerships for the Pippi of Today campaign

Success and new partnerships for the Pippi of Today campaign 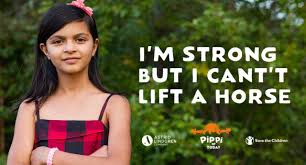 Despite the difficulties of the health emergency, the results obtained by the Pippi of Today campaign, launched in 2020 by Astrid Lindgren in partnership with Save the Children to help girls fleeing war and poverty, are very positive. Up to now, in fact, the partners participating in the campaign have donated significant amounts to Save the Children and the goal has been set to generate a total of 2.5 million euros.

The initiative, which started at the end of 2020 in Sweden, Norway, Denmark and the Netherlands, is set to expand to other countries.

The “Pippi of Today” campaign will continue throughout 2021 with new interesting supporting initiatives.